My second video log, giving a little bit of my history; where I’m at, how I got here and where I want to go.

Where to I begin?

I’m really happy with my progress with Project Speedy, and part of that includes some pretty decent mileage every week. It’s possible that I might hit 1000 miles by the end of the year, particularly as I’m training for a 10 mile and half marathon later in the year. It’s not the be all and end all goal but it would feel really awesome if I could do it. 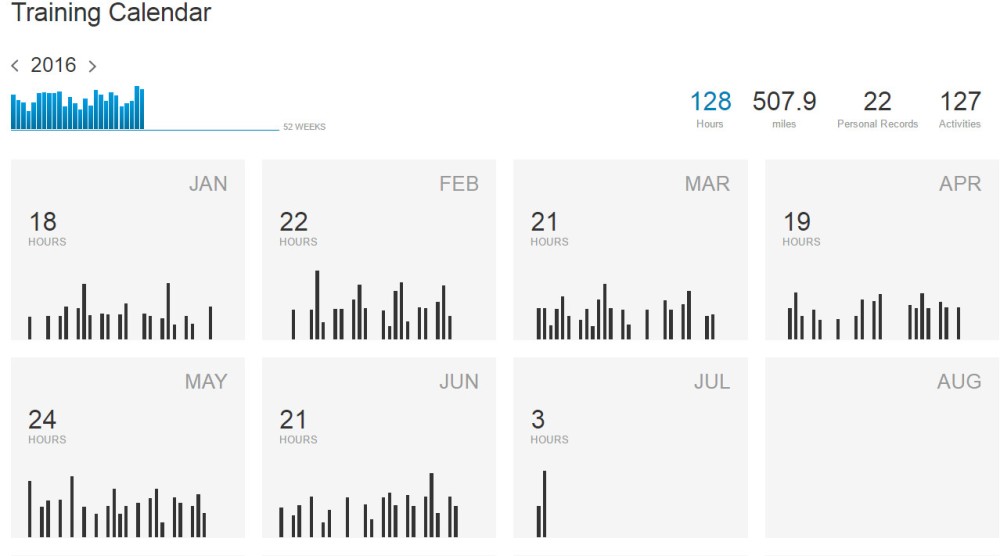 Stepping way way outside my comfort zone and starting a video log to continue on my fitness journey. I’ll keep my running blog about running, but my video log will be about fitness, fatness, weight loss, body image and more! Subscribe to my channel for notifications when I upload a video. Hope to see you there!

To Vlog or not to Vlog

Today I ran the Irish Runner 5 mile, first in the Dublin City Marathon Race Series. This was my third time running this race and I enjoyed it as much this year as I have the other two years.

It was, however, my first time running two races so close to each other. 6 days ago I ran a 10k race where I PB’d by 5 minutes. I wasn’t sure how my body would cope with racing again so soon afterwards. I know for a lot of runners it’s no big deal, but for me it was an unknown.

That’s why I’m sure I’ll shock you all when I say I’m happier with this race than I am with a lot of my races! Not only did I PB again, but I was in control the whole time and I ran the race I wanted to run.

END_OF_DOCUMENT_TOKEN_TO_BE_REPLACED

I just realized that I have more running shoes than I do regular shoes! I recently bought my 4th pair of the same kind of running shoes (I have 2 others that I don’t wear anymore) and when I lined them up together I thought it was interesting to see the various states of wear and tear on them. From the oldest to the newest the differences, especially on the soles, really shows the amount of running I’ve done in them.

END_OF_DOCUMENT_TOKEN_TO_BE_REPLACED

I think I should explain why Dr. Jekyll is my negative voice and Mr. Hyde the positive one when it seems like it should be the other way around. (See my latest race report for context).

Personally, I’ve always thought Jekyll was the jerk. He was too ashamed of himself to be himself and created Hyde so he could literally get away with murder. In my mind, Jekyll is not a nice guy. Hyde, on the other hand, knew who he was and did what he did and didn’t let anything stop him or hold him back. Ok, in the story he did awful things but I always remember that he only did them because they were what Jekyll secretly wanted to do but didn’t have the guts to do.

So for me, my negative voice is Jekyll and the positive voice is Hyde. I might be the only person this makes sense to but there you have it!

I’m still thinking over my 10k race from yesterday, the VHI Women’s Mini Marathon. In truth, I actually ran two races yesterday and my race report could go either way. On one hand, I ran a bad race. On the other, it was a good race.

So which race report should I write for you readers? The positive one or the negative one?

END_OF_DOCUMENT_TOKEN_TO_BE_REPLACED

I’ve been planning and working on this post all week; my pre-10k race thoughts. There’s a lot going on in my life now, with a lot to think about but I’ll try and keep this short.

On Monday I’ll be running the VHI Women’s Mini Marathon (10k) race for the third time.  The first year I took part in this race I ran/walked it. Last year I ran the whole thing.

This year will be my first year actually racing it. Inconceivable? No…not really.

END_OF_DOCUMENT_TOKEN_TO_BE_REPLACED

I am a road runner.  No question. I kind of already knew that, but this past weekend’s experience with treadmill running confirmed it.

I live in a city with plenty of footpaths and a nearby park with lots of great paths and trails.  I’m a little spoiled for choice when it comes to running routes. I’ve always enjoyed being able to get outside for a run and when I stopped running to music I enjoyed it even more. So much to see and take notice of; so many interesting things and sounds and people surrounding me.

So what happens when you take an outdoor road runner and put her indoors on a treadmill?

END_OF_DOCUMENT_TOKEN_TO_BE_REPLACED

I know I’m working on my speed this year, and am making good progress with Project Speedy; but I’m still a pretty slow runner. Not that I mind; I’d rather run slowly than not at all!

Over the last year I’ve met and made a number of running friends. One guy I know, Brian, is really fast. If I’m a tortise, he’s a hare. He ran his first marathon in three and a half hours…that’s half the time I finished mine in! (Unlike the hare of the fairy tale, he certainly did not stop in the middle for a nap!)